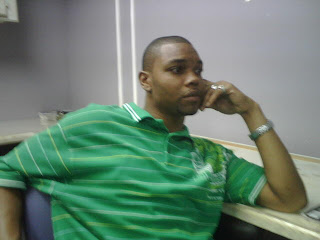 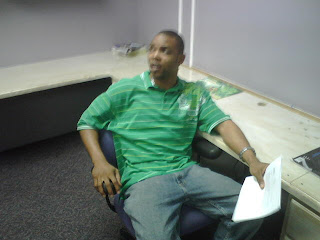 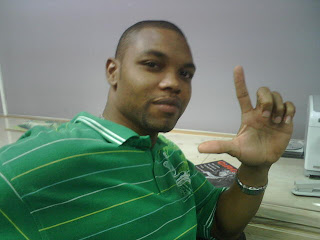 We had a surprise visitor today in McNeil of the Bajan rap group LXG. He had come down to drop off music video to song Jah Love the first single from their album - Social Representation.

Hit them up on myspace.com/socialrepresentation

We sat down for a short interview and I learned that the group has been in existance for just over a year and they have been receiving some good response from their album.

I found McNeil to be quite expressive and handled himself well in the interview.

He had a good energy about hiM

LXG have been nominated for 3 Barbados music awards, had a launch party for their video and participated in the HIV Aids song competition.

They performed at the Heineken Barbados Music Festival with their track 246ing. I thought they had a great vibe going for them, and it was a top performance.

We are looking out for some bigger and better things from LXG ..... The League Of Extraordinary Gentlemen from 7th Avenue, New Orleans, Barbados.

Sent from my BlackBerry® wireless device from Cable & Wireless