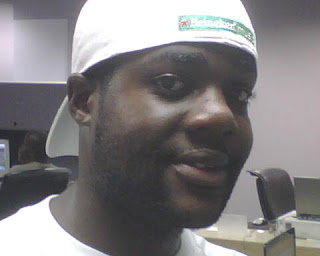 Now known as DirkMouse 'The Boss' he is the 3 time defending champion of the Barbados Heineken Green Synergy Barbados Championship.

He has never entered this competition and lost. Well not the barbados round.

This year though, the competition rules has changed drastically to make the competition less of a turntablist contest and evolve it into a more party Dj contest. The points allocted to crowd response carries alot more weight so djs must draw forward. If not pack up and go home.

Some are worried that the change in format might hurt DirkMouse however his 2nd place in a similar format competition a few years ago shows that he can't be ruled out.

At this time I would like to announce that DJ DirkMouse is fully endorsed by Corey Graham 2.0 and D 2.0 FX.

DirkMouse 'The Boss' The Rock Star.

Check out clips of DirkMouse performing at Green Synergy 2007.

My personal highlights were catching and drinking a heineken in his set and then ending with a mix ... 'I will not lose'

Sent from my BlackBerry wireless device
Posted by Corey Graham 2.0 at 12:47 PM