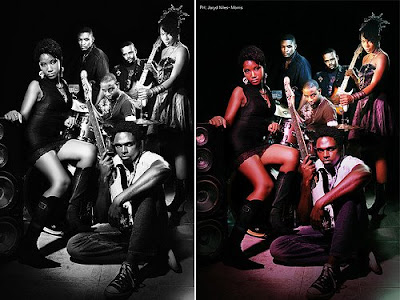 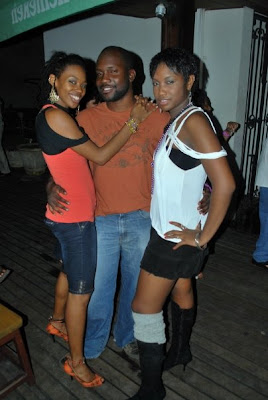 Corey Graham 2.0 and Nexcyx Lead singers
Mahalia & Rochelle
After a night of bar hopping, starting on the Gold Coast of Barbados (West Coast) I ended up in Jumbies in St. Lawrence Gap watching local party band Nexcyx performing live in Jumbies. Just back from their performance at the Synergy SuperModel 3 in Trinidad at Pier 1 they were in fine form.

They were in fine form, bringing full energy to the Jumbies their Saturday Night home. Mahalia and Rochelle really out did themselves. Its been a little while since I saw them performed and they are really starting to come into their own now. My only complaint of the night was that I felt like the ladies were dressed a little conservatively and I felt like more could be done to enhance the on stage scenery. "Stage presence" as it were!

Here are some clips I took of Nexcyx ...
Nexcyx At Heineken Barbados Full Moon Luau 2007