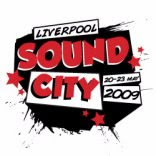 Things are happening! Here is a press release I just received, It explains it all ...

CARIBBEAN MUSIC COMES TO BOOM UP THE UK!

Headed up by David Pichilingi and Becky Ayres, Liverpool SoundCity, in conjunction with Josanne Leonard, Miribai Communications, who is also on the board of the Worldwide Independent Network (WIN) the umbrella organisation for AIM and other international independent associations, the partnership will include the development of Caribbean artists in the UK, spanning promotion at industry events and festivals, plus building the extension of networks for Caribbean music within the UK music industry.

"We are very proud to be working with the Caribbean region on SoundCity 2009 and beyond.  The love of the music is something we are both deeply passionate about.   This is the start of a much wider and deeper business relationship that will see us working on a range of exciting projects together over the coming years."
David Pichilingi, Festival Director, Liverpool SoundCity

"Over the past few years Miribai has been hard at work building up strategic alliances in the UK and other markets to support our Caribbean creative industries. Our region is a major producer of music and other cultural products, with artists such as Eddy Grant, Shaggy, Billy Ocean and Rhianna having major profiles in the UK, so we're excited about this relationship and the platform it provides to roll out a range of projects to support a sustained presence in the UK and Europe and add real value to our region's artists and creative businesses. We're in for the long haul. "

With over 133 different varieties of Caribbean music, and a population of over 40 million people, many of whom are active musicians, producing fantastic music which is heard and resonates in influences all over the world, the Caribbean represents a force to be reckoned with within the music industry worldwide.  Success from international artists such as Eddy Grant, Billy Ocean, Jimmy Cliff to lesser known supposedly 'niche' artists who yet command audiences of thousands at reggae, raga, dancehall, soca and all myriad of Caribbean influenced festivals and concerts, means that the Caribbean musical heart beats passionately throughout the world.


The UK is strategically, culturally and economically the ideal place for the Caribbean to establish a firm foothold, not only to access the UK but also other European markets.  As the third largest music market in the world, and with 1.3 percent of the UK population being of Afro-Caribbean descent, Caribbean musical culture already resonates strongly on the British cultural psyche.   There is a great need to nurture this however, and to help Caribbean music to flourish as the mainstream genre it rightfully and actually is, and the setting up of a UK initiative in 2009, is a crucial step in enabling this to happen.


Liverpool SoundCity (20th - 23rd May 2009) www.liverpoolsoundcity.co.uk the UK's biggest summer city music festival and business conference, which in 2008 hosted 25,000 music fans and industry, 322 bands, in 22 venues over 4 days and nights.

The Observer: 'A music industry festival that will rival South By Southwest'

NME: ''some of the hottest acts ever to grace a city with real musical heritage!'

In May 2009, Liverpool SoundCity will showcase over 70 acts from 25 different countries, to an audience of music industry and fans, with artists from the Caribbean at the forefront of the event. Music industry delegates invited to watch the artists perform will include those who work in music making (artists, production), marketing (plugging and promotion), film and video making, design, booking agents, venue owners, promoters, management and the core business (record labels, publishing, production companies).


Liverpool SoundCity was founded in 2006 by Dave Pichilingi as a means to promote music from the NorthWest region on the UK internationally.  The festival itself began in 2008 as part of the European Capital of Culture which was bestowed upon Liverpool to recognise its cultural richness and diversity.


Dave Pichilingi's background is in the management and marketing of major and independent record labels, including RCA/BMG, Produce, V2, EMI and Factory Records. He has worked extensively with music artists and has accumulated a total of 3.5 million unit sales worldwide. He is currently Director, Liverpool Sound City, Director of Robot Records, Director of the Masque Venue (Barfly) Ltd, and Director of Tri-tone Music, who publish Liverpool band, The Coral amongst others. He is Chairman, Music Development Agency (North West) Ltd. An adviser and consultant to a range of music businesses and forums, David holds degrees of BA (Hons) in Drama and English from Lancaster University and MBA from the University of Liverpool.


Liverpool SoundCity's International Director, Rebecca Ayres, has worked closely with Miribai Communications, the main stakeholder for the project for over a year, having helped launched the Caribbean Pavilion and presence at London Calling in June 2008 which saw over 30 Caribbean music businesses and artists coming to London for 2 days of an international music business conference, exhibition, networking and showcasing.  As the International Events Director at Liverpool Sound City and formerly London Calling, Rebecca has extensive experience of working with music export offices worldwide, and helping to develop relationships for them in the UK, with a diverse range of contacts including BPI, AIM, MMF, MPA, UK Trade & Investment, British Council, British Underground, and many large and small independent companies ranging from labels and artists managers to booking agents and promoters.


Live Promoters: The Liverpool SoundCity Live promoters include Eat Your Own Ears www.eatyourownears.com, one of the most foremost promoters working in live music today, plus promoters who work on the following festivals and events: Leftfield Stage at Glastonbury, Field Day, Underage Festival, The Great Escape, Concrete and Glass, Warehouse Project, End of the Road, and Medication, a student night in Liverpool which has drawn a crowd of 3,000 every Wednesday night for 15 years!

Brands: Liverpool Sound City, through its sponsorship partners Big Fish Events www.bigfishevents.co.uk has strong relationships with brands such as Red Bull, Red Stripe, Gaymers Cider, Guitar Hero, Smirnoff, and is constantly developing relationships with new brands which are relevant for SoundCity and its partners.


"We are incredibly excited about our relationship with Miribai Communications to enable success for Caribbean music in the UK, and believe that the Caribbean artists who will perform this year at Liverpool SoundCity will be a huge asset to the festival.  We're looking forward to welcoming artists, music industry, media and officials from all over the region and will ensure that the artists performing are given great exposure to give them maximum opportunities to be seen by a music loving industry, media and fan based audience.  I think it'll be one of the highlights of the whole event!"