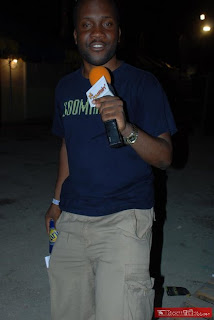 '
Caught a Little off guard
Well well my Official debut on Roamin TV Show Tonite at 9:30 PM CBC TV 8. It was a peculiar set of circumstances that lead to be ending up in front of the cameras on the second night of 24. The story that I am going to stick with is that Roamin people talked to my people and we hooked it up. 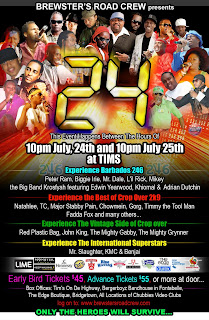 24 flyer
I couldn't have written a better script though. It was truly a pleasure to host Roamin at the first ever 24 Hr soca fete promoted by the ever popular Brewsters Road Crew. Many people were skeptical of how this event would turn out and if people would actually go for the 24 hours or if they would go home and come back to the party on the second night. It was easily apparent by dusk on the second night that the 24 hour concept caught one and sealed the deal on the 'gamble' the Brewsters Road Crew took in attempting this feat.

I know that the Brewsters Road Crew envisions that this event could become a major event on the Caribbean  Entertainment Calender and it is fitting that Roamin closes out the season presenting this 24 fete to the people of the Caribbean. As the history will be written, It will be yours truly who ended up being in the right place at the right time closing off 24 and Roamin Regional Season 3. 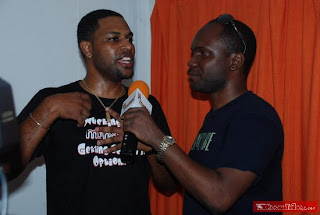 Trevor Wood - Brewsters Road Crew Director Talking About the Fete
I haven't even seen the show as yet but I need to have faith in the Roamin Team Selwyne "Get Bizi" Browne camera man and editor and of course Shamkoe the Roamin TV producer who puts it all together. Tonite I will be seeing this show for the first time just like you, so I am just hoping that it is up to scratch! lol.
Well the big lady on the project Miss Shamkoe said officially in her CG 2.0 TV interview,


"Corey Graham 2.0 used his intimate knowledge of the Caribbean Entertainment Industry and asked the artistes some interesting questions on the second night of Brewsters Road Crew 24 Hour Fete."

Look I am going to be a team player and stand behind my work mates and friends! I have confidence in their judgement.

Let me know what you think of the show!