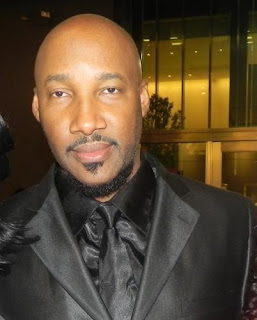 CMM: NY…Top flight radio announcer and host of the #1 Arbitron rated Caribbean show, Caribbean Fever on 107.5 FM WBLS, Dahved Levy, has been named Man of the Year 2011, by the prestigious Great Men of Excellence Award in New York. Levy is in good company as he is being honored along with former Mayor of New York, David Dinkins who will receive the Legendary Lifetime Achievement Award. The late Percy Sutton will receive the Legacy Award which is also named for him.
The awards will be bestowed on the recipients on Saturday, November 19, 20011 at the Black Spectrum Theatre in Queens, NY.

Cathleen Williams, co-regional coordinator of the organization, put in a surprise call on Sunday November 14, to the studios of WBLS and made the announcement live. Although Levy was shocked at the honor, the award comes as no surprise however as Levy has reigned supreme on radio in the media capital of the world (New York) for close to twenty years.

Cathleen Williams stated, “Fans of Dahved stated repeatedly that they actually learn news from listening to his show. Dahved's program has been reported by people regardless of heritage as the one show they can listen to and learn from. His ability to address everything that is important to them, break it down and keep them informed about what is going on in the world was a major factor in the decision to make him man of the year. “

Consistency and excellence has been the wind in this ace announcer’s back. He has been number 1 in the Arbitron ratings on the airways of 107.5 FM WBLS for over a decade—an unparalleled feat. In fact Dahved’s (mainstream) radio program on 98.7 WRKS FM Kiss in New York debuted to a record 6.8 ratings in 1990.